IN MARCH 2020, THE TRINKHALL MUSEUM WILL INAUGURATE ITS NEW BUILDING.

The TRINKHALL MUSEUM is about the international collection of Créahm, Walloon Region.

A collection of nearly 3,000 works produced by all the workshops around the world which aim at revealing and deploying art forms produced by people with intellectual disabilities.

The museum is a place of exchanges and multidisciplinary confrontations. The mediation service and the documentation center welcome you in a process of reflection and participation.
mediation@trinkhall.museum / centredoc@trinkhall.museum

The opening of the Trinkhall Museum is the culmination of a project that took more than ten years to materialize. The project for the rehabilitation and extension of the building is carried by the City of Liège and the non-profit association Créahm, which for forty years has defended the artistic expression of people with a mental handicap in an innovative and committed perspective. The Trinkhall Museum is supported by the Wallonia-Brussels Federation (Cultural Infrastructures & Heritage). The Trinkhall is a category B museum recognized by the Wallonia-Brussels Federation.

The new museum meets all the functional requirements of a museum of the 21st century. The Trinkhall is definitely part of a new dynamic: it counts over 600 m2 of exhibition space, a bookstore area, a documentation center, a place for meetings and educational activities, and all the technical premises necessary for the preservation of the works.

FROM MAD TO TRINKHALL MUSEUM

The concept of the situated arts defines the museum policy of Trinkhall. It is based on a mode of perception and understanding of works that integrates the fundamental dimension of their environments: a work of art is a system of localized relations whose aesthetic expression is the means and the effect. Any work of art, in this sense, is situated. But some, more than others, given their apparent singularity or their relative marginality, make the voice of their situation heard more strongly.

The Symposium Thinking situated arts proposes to submit for discussion the notion of "situated arts", which can shed new light on the perception of works of art and their use, particularly in a museum context. 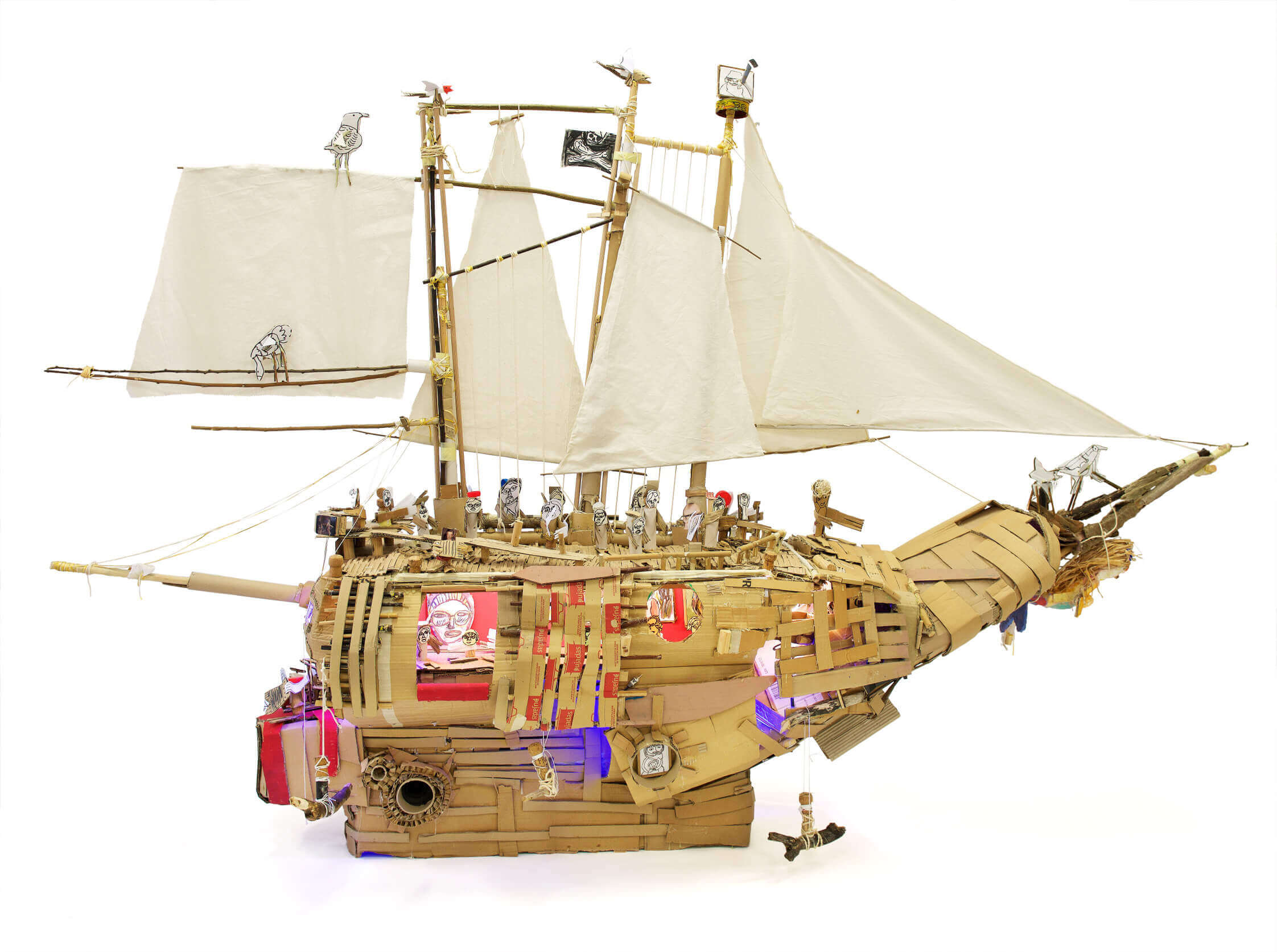 The ideal museum is a work done throughout the year 2019 by one of the leading artists of the Créahm workshops, Alain Meert, towards the opening of the museum. The artist answered the question that was addressed to him: What is a museum?, by means of a sumptuous boat, all sails out, where drawings, paintings and sculptures nonchalantly expose oneselves.

Trink-Hall is a derivative of the German word Trinkhalle, whose original meaning is "drinking room". It is a generally closed building, near local springs, in a thermal complex. In this building, fresh and healing water is distributed to spa guests. The history of the "drinking hall" is directly linked to the development of the well cure.

The "Trink-Hall" of Avroy Park, first built in 1880, was much more than a place for tasting, because it was home to a billiards room, a dance hall and film screenings. It was a place of entertainment much appreciated by a certain bourgeois clientele. It is in the modern style building (1963) that the Créahm will be installed in the early 1980s.

Trinkhall refers to a place, an identity perfectly rooted in the history of the city, where the stories of the three pavilions that have succeeded each other since the end of the 19th century are intertwined. This name change also stems from the desire to distinguish itself from the name art différencié, which has never ceased to question but which somewhat stigmatized the studios' productions.