Two new monographic exhibitions are on view at the Trinkhall museum from 17 September:

The Ideal Museum is a piece created throughout 2019 by one of the leading artists of the Créahm workshops, Alain Meert, in preparation for the opening of the Trinkhall. The artist answered our question - What is a museum? - with a galleon in full sail, which casually displays drawings, paintings and sculptures. It is a scene of paper, cardboard, objects, multiple unusual and familiar presences, lodged precisely between states of consciousness. The whole world that fits into a boat: Alain Meert's ark. And it is a museum, just as we want it to be, dreamily navigating among ideas, shapes and emotions. Ship Lieutenant Alain Meert is a pirate. So, let’s all climb aboard with a heave ho! 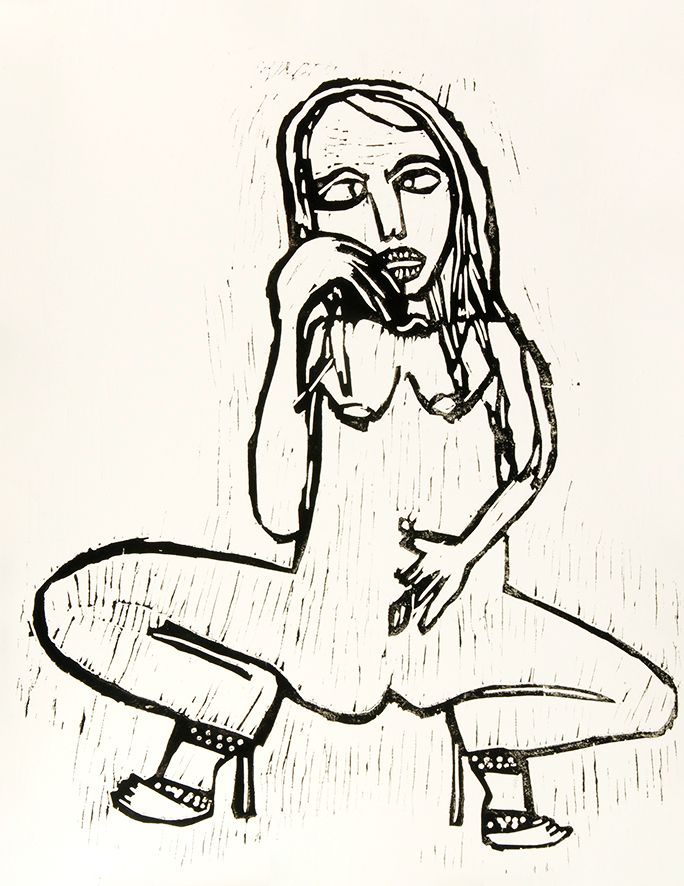 Obviously, art brut does not exist; only ways of naming, imagining, defining and controlling forms of expression that seem to elude the standards and rules of art. Art brut, outsider art, art by crazy, marginalised or sick people, unique art, differentiated art, fringe art: ways to designate art have multiplied and contest any superiority. In reality, none of them win except by convenience or sometimes through laziness or apathy. And, occasionally, through opportunism. Thus, nowadays, when the contemporary concept of art brut allows us to name a category that is emerging on the art market and it catches on, more and more, it attracts the attention of gallery owners and collectors. Both norms and differences only exist because of the labels we give them. It is a whole a system of established, perceived and enduring disparity; a topography of presence – inside, outside – which each society decides. Contributing to society is to establish borders and feel their porosity, claim or contest them. Neither Art nor Truth exist; only in ways of thinking, voicing, depicting and expressing ways of responding when the necessity of creating art becomes apparent. There is never such a thing as perfect solitude. Circumstances or establishment are the essence rather than alterity. Thus, the arts are pushing the boundaries of art – for example, crazy art, art brut, plus outsider art. However, the alterity they observe, often presented as absolute, is, in every case, irreducibly situated in terms of norms that we sometimes want to celebrate and, at other times, overturn. They embody an imaginary truth on which 20th Century art never stops reflecting: from at least the 1920s and right up until today, they have been directly associated with the issue of the avant-garde, a generic banner of vocation which, on occasion, is so naïve in terms of the innovation, transgression and reworking of contemporary art. Thus, naturally, every period of time has its own anchor and every border has its own meaning. For example, in the early 20th century, crazy art appeared like an outcome of the aesthetic project “malfunction of all senses” or like a mise en abîme of a kind of anthropology entirely determined by the issues of normality and pathology: with post-World War II art brut acting as an alternative to a culture which had just collapsed into terror and, a little later, outsider art acting as a euphemism of globalised individualism wanting to believe in the virtues of art for everyone. This is why the arts on the borders of art are continually so resistant to our desire to pigeonhole them. Because, like every other form of expression, they have been carried away in the wake of time, genres, stories, tales, observations. Their exterior nature – and the meaning we assign to it – is always partly fictional. They are neither “unique” arts nor arts “like the others”, but, each time, for those of us who see them, they act as an invitation to consider and experience their difference, equally through alterity and identity.

The Trinkhall is developing a resolutely committed and innovative museum programme revolving around the concept of situated arts.

In its second season, the museum examines the vast problem of places. It is an opportunity to reflect on this notion in all its dimensions, whether philosophical, historical, anthropological or even sociological.